A hat pattern designed for all ages (FREE knitting pattern)

Yesterday, I took both the yarn and needles for a test drive by knitting some swatches. I was really pleased with the fabric and stitch definition of both swatches, so I’m looking forward to knitting some hats today with the Lantern Moon needles.

I knit a lot of hats for the family and charity drives. Sometimes I’ll knit up a specific hat pattern, but most often, I use a stock template hat pattern and personalize it with my own pattern stitch ideas. Hats are a great way to experiment with different patterns and colors, and today is no exception. 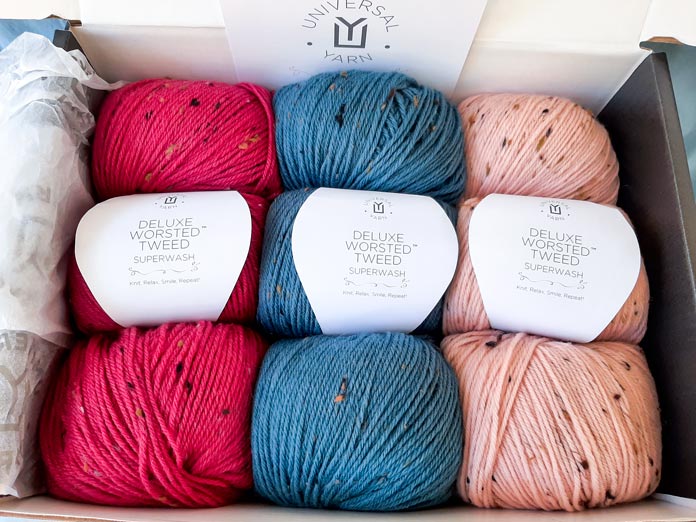 Beet, Great Lakes and Putty are 3 of the new colors of Deluxe Worsted Tweed.

There are so many hat patterns to choose from on Ravelry, which is my main source for looking up ideas. One of my favorites is Bankhead, which is a free pattern designed by Susie Gourlay. I originally discovered this pattern at the request of my son, who works in construction, and wanted a warm hat he could wear under his hard hat. This seemed to fit the bill, so I downloaded it, knit it and proceeded to knit one for every male family member. The following year, I started personalizing them by knitting them a little differently for each person, including the young-uns. Why? Because this pattern is sized for Infant to Adult X-Large in a gauge of 20sts = 4”. The designer did all the heavy lifting for sizing and all I have to do is adjust for my pattern multiple. I also knew I had a winner with this pattern when I started to get repeated requests from some family members. Hence, Bankhead has become my template hat pattern.

The first hat I knit was the Child/Toddler size, in which I followed the lovely design of the pattern. Every other hat I’ll be knitting will be based on this pattern but will look completely different. 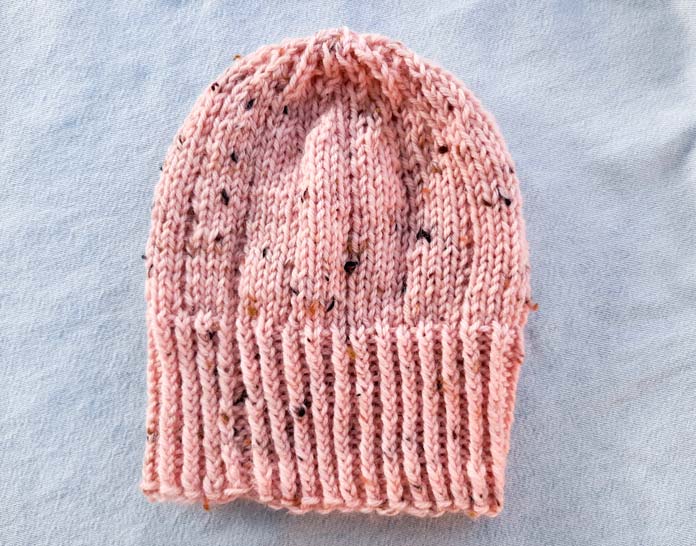 Bankhead hat in Toddler size knit with Deluxe Worsted Tweed in Putty and US6 [4.0mm] needle

I’m really pleased with the stitch definition and tweed effects of the Deluxe Worsted Tweed yarn. I think the hat knit up beautifully and it’s really soft. The twisted rib stitch is really stretchy, but it contracts really well which gives this hat a snug fit. The stretchiness of the rib section is largely dependent upon the cast-on method. I used two separate strands of yarn to do a long tail cast-on with the alternating thumb method, which is where you alternate the position of the yarn over your left thumb with each stitch cast on. Here’s a close-up photo of what this method looks like.

Alternating the way the working yarn wraps around your thumb creates a stretchy long tail cast on.

For this example, I used 2 different colors of yarn to illustrate how to alternate the working yarn around your thumb for each stitch cast on the needle which creates pairs of stitches resulting in a stretchy cast-on method. I use this method a lot, especially when knitting top-down socks.

Here’s a pattern for a second hat that I’m currently knitting based on the same template pattern, but this time, I’m using a mock or faux cable pattern. I use this quite often on hats and socks and it’s based on a pattern repeat of 5sts which works really well with the Bankhead pattern instructions.

By the way, here’s a little TIP I’d like to share with you. Whenever there’s a slipped stitch, people often ask if it’s slipped knit-wise or purl-wise. The rule of thumb is always purl-wise unless told differently, but here’s another – Knit now, Purl later. That means if you’re using the slipped stitch right away, it’s generally slipped knit-wise (e.g., Sl1, K2, psso); if it won’t be worked until later, then it’s slipped purl-wise.

K1tbl = Knit 1 through the back loop

These are just 2 examples of how you can create very different-looking hats based on the same template pattern. But we’re not done yet. Tomorrow, I’ll introduce another one of my favorite template patterns.

I hope you join me as I use Universal Yarn Deluxe Worsted Tweed and Lantern Moon Destiny needles to knit some warm and cozy cowls from another free pattern. 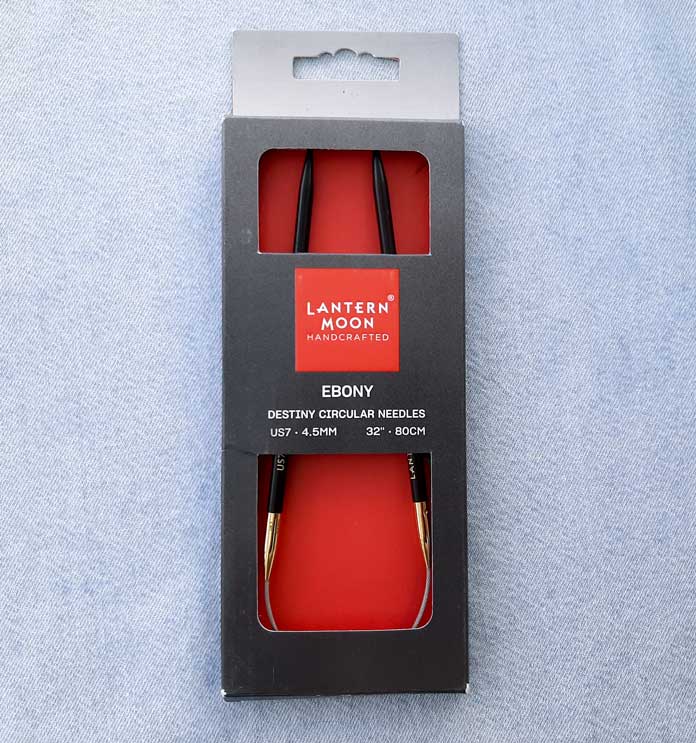 Go back to part 2: Knitting swatches: Taking needles and yarn for a test drive

Knitting swatches: Taking needles and yarn for a test drive

When knitters go wild: how to use...