One aspect of ripple stitch patterns is that to achieve stark contrasts in valleys and peaks, it’s necessary to make sudden increases in the zones that become the peaks. There are several ways to make these increases and each have characteristics which different knitters prefer, based on ease to work and appearance. 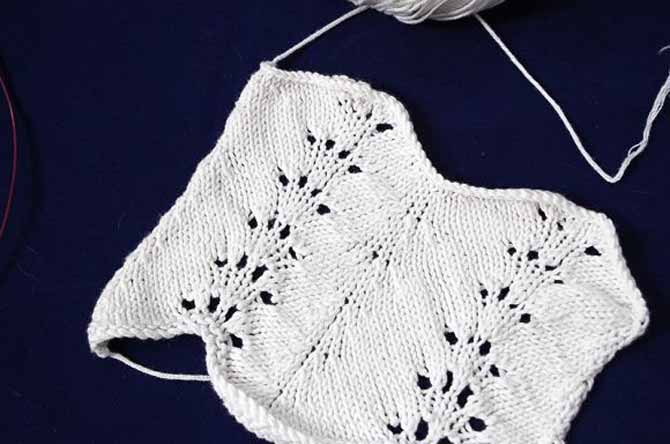 Cotton True Sport, in a knitted lace in ripple pattern

The first thing to consider when working a multiple increase into an eyelet that is formed with a yarn-over on the previous row or round is how large the eyelet should be. If you want a small, tight eyelet, or one that’s close in size to a standard eyelet that has no increases worked into the yarn over, you’ll want to continue to use a single yarn over. However, if you’re looking for a lacier look, you may want to consider wrapping the needle twice or 3 times when you form the yarn over. This makes a bigger eyelet on the following row when the multiple increases are worked into the yarn over.

This swatch was knit on 3.00mm needles. Cotton True has excellent stitch definition and on these smaller needles, it’s possible to keep the lace eyelets neat and consistent in size. I found when I swatched with larger needles my lace became a little unruly and wouldn’t hold the blocking. So, your tension and your materials choices are other matters to keep in mind when working multiple increases in your knitting.

Even number of increases

If you want to increase by 1 stitch it’s simply a matter of working 2 loops into one stitch. The first loop counts as the same stitch being worked into, and the second loop counts as the one increase. There are several ways to work 2 stitches into an eyelet yarn over. 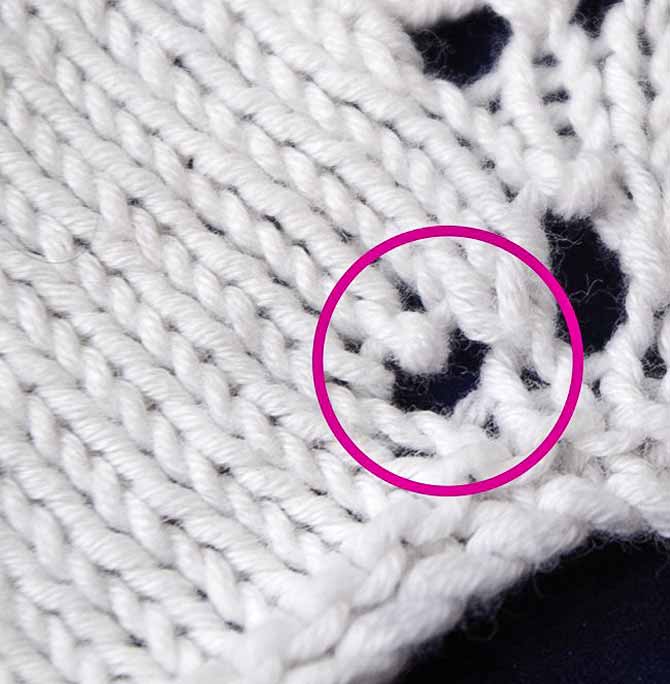 Purl bump in a multiple increase

The most common way to work two stitches into one is to (k1, p1) into the same stitch. This has been the most common increase since times eternal. Well, maybe I exaggerate.

As you can see in the highlighted area of this swatch, the purl stitch creates a little picot bump that juts out into the eyelet. If this is done consistently, it can be quite delicate and cute. But not everyone likes the little picot bumps. So there’s an alternative, well actually several. 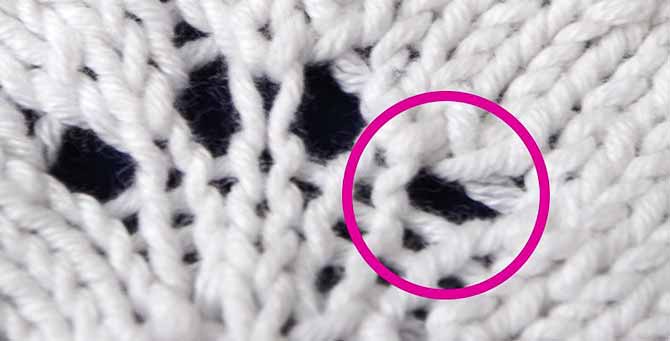 To achieve the look in the highlighted area above, I worked (k into front loop, then k into back loop) of the eyelet yarn-over. This does get rid of the bump in the eyelet, but if you look closely at the top of the circled area, there is a diagonal strand that crosses over the second stitch and this does appear a bit like a bump, at least a raised strand.

So there are 2 other possibilities.

2. The other option is to work a purl or knit into the yarn over, to yarn over again (the 2nd increase) and to continue across. This actually creates 2 eyelets that are stacked on a slight angle to each other.

Please try out these different multiple increases. When we look more in depth at some ripple stitch patterns, you’ll have a chance to try them out in a pattern.

This is part 3 of 5 in this series.
Go back to part 2:  3 ways to knitting decreases

Knitting with Bamboo Pop yarn for a...

Off to the beach with Fibra Natura...

Sewing on a zipper and lacing up...