Another member of the Deluxe family of yarns by Universal Yarns is the Superwash line. It comes in three weights. The bulky weight comes in 43 colors; the worsted weight in a whopping 61 colors and the DK weight in a substantial 52 colors. I chose Jade for both the worsted and bulky weights I swatched. 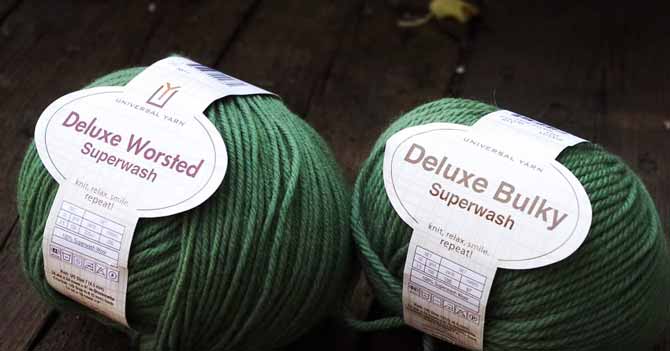 Both the bulky and worsted weights are spun out of 4 plies of superwash wool. The bulky yarn has about 6 to 7 twists per inch and the worsted weight has between 11 and 12. The twist is tight enough to prevent splitting and it gives a fairly good stitch definition. The yarn is very low sheen, which could be a result of the breed of sheep, the amount of twist, or, most likely, the superwash treatment. Regardless, the matte look is very classic and doesn’t deter from making texture stand out. It’s also a “low-haze” yarn that also keeps stitches from looking muddled with each other. 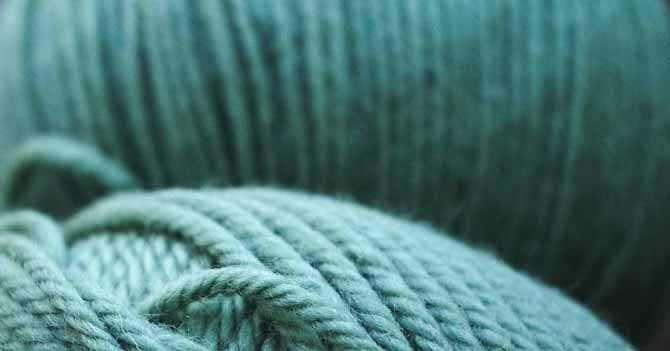 Deluxe Bulky Superwash is in focus

On a rating scale of really-itchy being that old orlon-acrylic from the 70s at a score of ten and a not-itchy-at-all score of zero being the cloudiest pima cotton, I would give this yarn an itch factor of 1.5 to 2. I put a swatch inside my elbow with a dress shirt on and also under my collar for about 20 minutes. In either location, I had no red bumps, and I didn’t really feel the wool next to my skin other than the weird bulk, and the extra warmth. The label just says superwash wool, so I’m sure it’s a blend from a variety of different sheep. 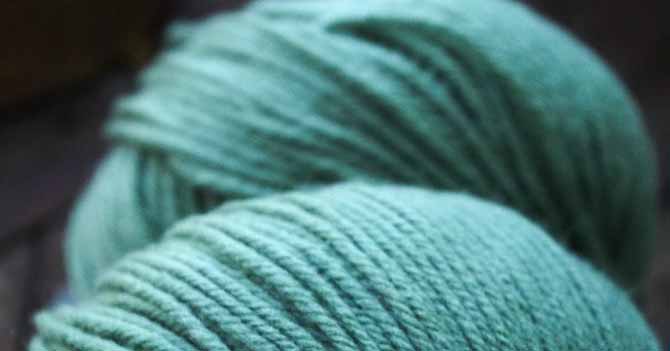 The Universal Yarns website has many free patterns for each of the Deluxe Superwash weights of yarn. Scroll down to where you see the colors and click on the patterns tab. Some are for sale, but many are free downloads. Here are some of my favorites. 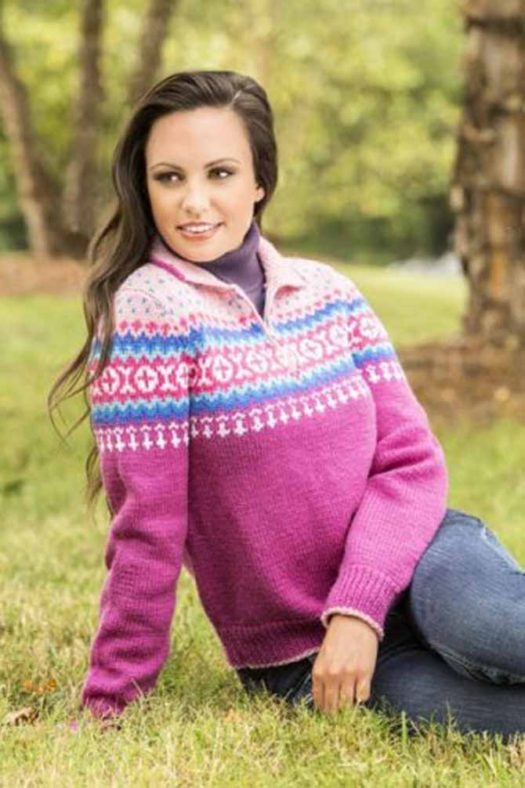 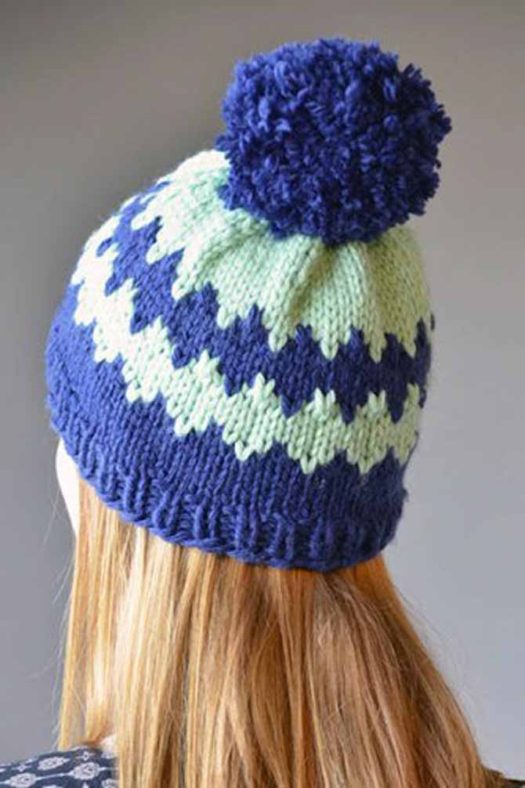 I also wanted to see how this yarn would work in a lace motif, so I swatched with Deluxe Bulky Superwash to show how nicely it knits on US10¾ [7mm] needles to make a lace pattern. This swatch is on 25 sts, but I think 50 sts would do for a warm cowl. 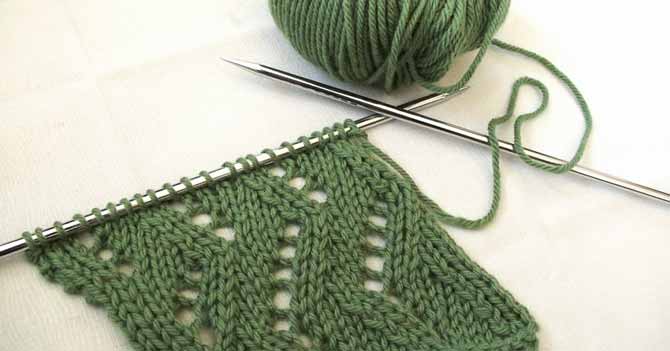 The chart for this lace is below. I just sort of made it up on the needles, it has an interesting bias to the left.

Tomorrow you’ll see why I have the same color of yarn in both the worsted and bulky weights of Deluxe Superwash. 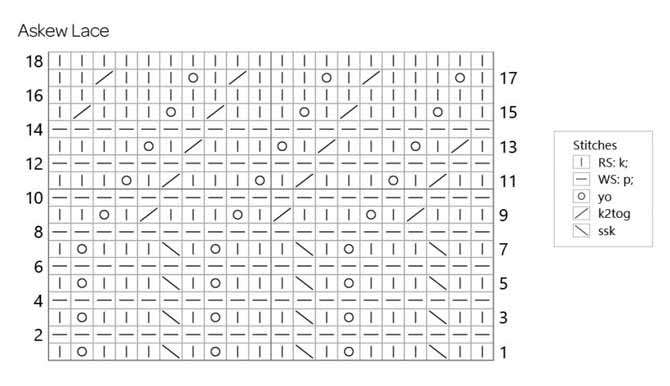 This is part 4 of 5 in this series.
Go back to part 3:  Easy two color knitted mock houndstooth pattern

What happens when you knit into rows below?