This is one of the variations on a theme that Universal Yarn Inc. has developed with their soft and light Cotton Supreme worsted weight yarn.

It’s a tonal application of dye that is painted onto the yarn after it has been spun. Once knit up, it produces a beautiful speckled look as each segment of painted yarn when worked up covers between 1 and 2 stitches in stockinette. 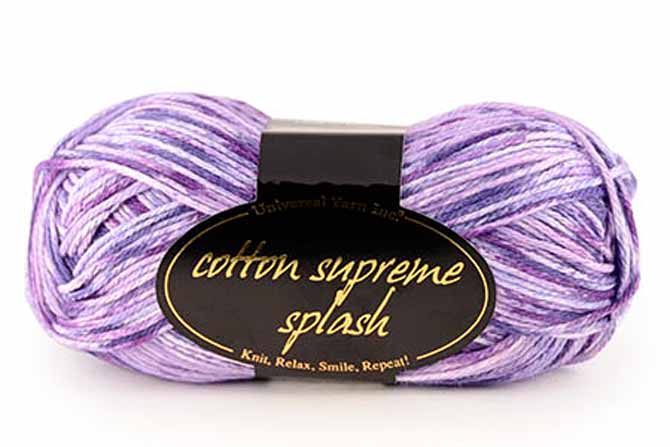 I decided to knit with the Beach colorway pictured above. It consists of an eggshell white base, and the painted speckles are a pale bubblegum pink, a light taupe-like grey, and a pale camel beige. It reminds me of the the pebbles made of granite on the shores of Lake Superior. 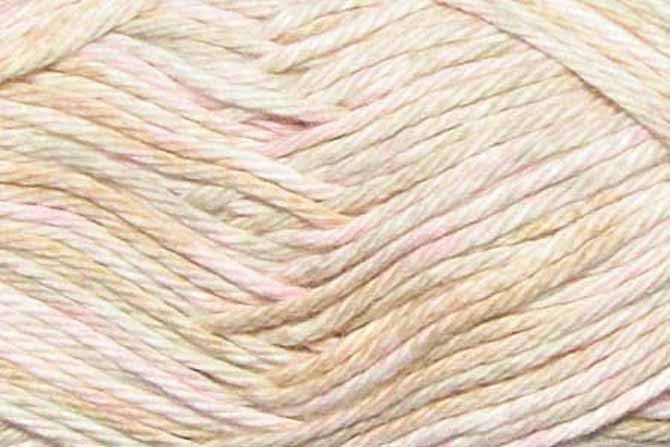 I could have made a little girl’s dress from this…it was so feminine and soft in nature, but I only had one skein, so instead I decided to knit a slouchy tam. 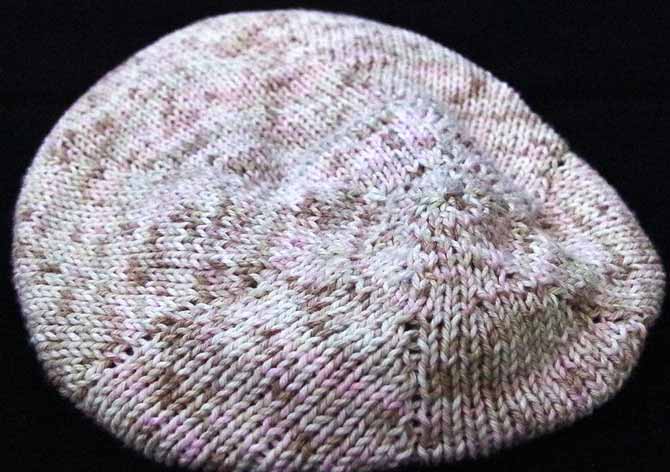 This yarn was perfect for a slouchy hat because it has a lot of drape and it truly slouches on the wearer’s head. It doesn’t really suit my complexion or personal style, so I didn’t take a selfie with it on, but it looked really good on several friends.

The first thing to note, is cotton generally has no elasticity, and for this tam to stay on the wearer’s head, I’ll have to weave elastic thread between the ribbing stitches. I also thought I may frog back to the beginning of the ribbing and use clear elastic thread and hold it together with the Cotton Supreme and knit a twisted rib instead of the regular K1, P1 version. 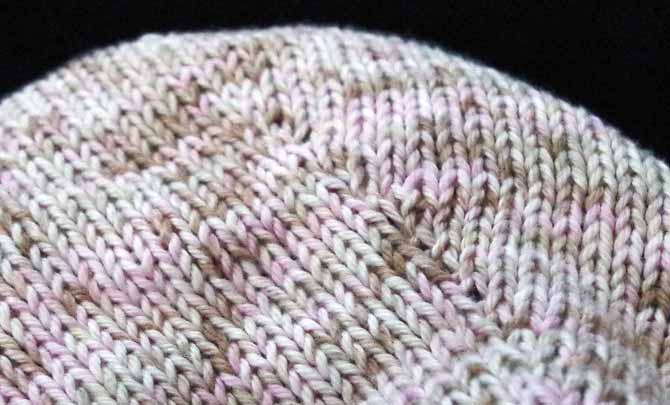 Close up of tam

The second thing I learned from this project was that no two increases are alike. I tried KFB, M1L, Yo increases and none of them had a neat closed appearance. They all left slight gaps. Now if you wanted a lace-like look that would be great, but I was aiming for a tighter-looking appearance. In the end I settle with the lifted stitch increase, which gave it a neat and tidy line. 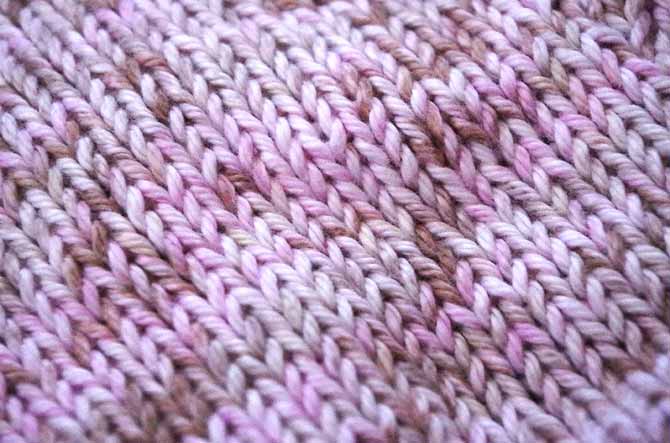 Another positive quality of this cotton, is that even though it isn’t elastic, it does block well. You can see that my stockinette stitch is very even. Sometimes, purl rows are a little looser for me, and even in the round, sometimes there’s just that slight shift in my tension. Most cottons make those differences really show, but Cotton Supreme blocks well and as you can see, the stitches are quite even.

This is part 3 of 5 in this series.
Go back to part 2:  Knitting for kids with Cotton Supreme yarn
Go to part 4:  Knitting with space-dyed yarns

Your yarns and colors look gorgeous!

Knit a shawlette with non-allergenic yarn