Knitting a matching plaid hat for the Choux Cowl

This week, I’m knitting with Rozetti Yarns Alaska, a light and airy yarn that wraps one in warmth and softness.

Today I’m making a hat to match the Choux Cowl. I was so impressed with the plaid patterning of the cowl I made yesterday, that I want to make a hat to go with it, but with the colors reversed. 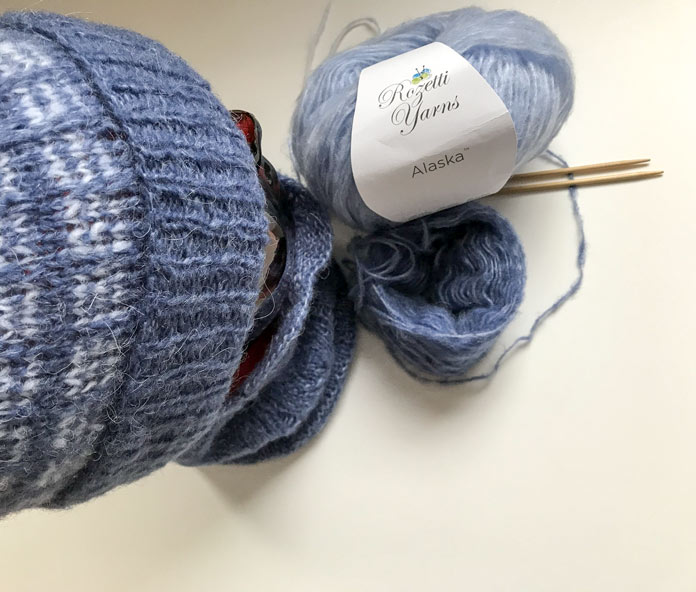 Join me today as I reverse the colors for the toque that matches the Choux Cowl! The effect is awesome! And again, Rozetti Yarn Alaska is so light yet warm.

finished measurements approximately 19” circumference, 10” height, to fit size medium head. The rib is very stretchy, so if you knit loosely, you may need to use a smaller sized needle for the rib section.

Using MC and US5 [3.75mm] needles, cast on 90 stitches, and join in the round, being careful not to twist the stitches. Place a stitch marker to mark the beginning of the round.

Change to US6 [4mm] needles and proceed to work the plaid pattern as follows:

Repeat Rounds 1-8 for pattern for a total of 4 pattern sets.  Your work should measure approximately 7” from the cast on edge. 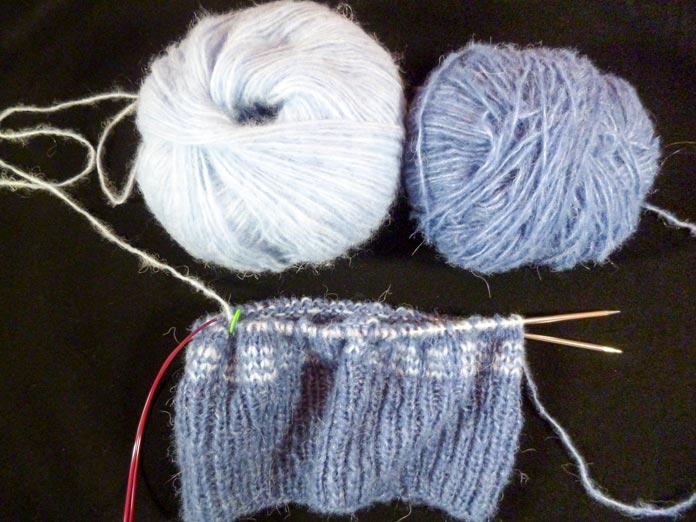 Once all pattern sets are complete, it’s time to start the decreases for the crown. I want to keep the plaid pattern throughout the crown, so the decrease sequence is as follows:

Round 24: With MC, k2tog to end, cut yarn and gather up remaining 12 stitches with a tapestry needle and weave in ends. 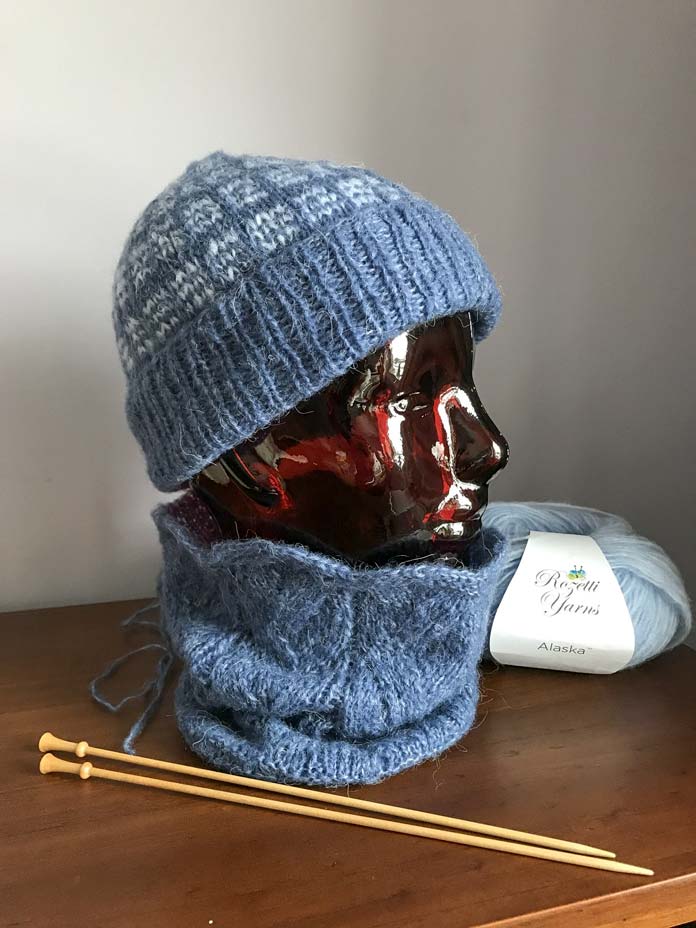 Finished Hat with plaid pattern from the Choux Cowl

The hat is designed to be worn with the ribbed band turned up to provide a doubled fabric over the ears. This way, it will be warm and soft to wear on a cold winter’s day.

I’m very happy with the finished product. Now I’m looking forward to making a lightweight cowl to be worn with my new hat. Join me tomorrow as I use Alaska to knit a lacy cowl to complete my ensemble.

This is part 4 of 5 in this series.
Go back to part 3: Knitting with Alaska – the Choux Cowl

Go back to part 5: In Stormy Alaska, leftover yarn is a knitted lacy cowl to the rescue

Knitting with Alaska – the Choux Cowl

In Stormy Alaska, leftover yarn is a knitted lacy cowl to the rescue

Weaving with Magnolia is as beautiful as...

Knit a shawl for Lady Mary with...