Wisdom Yarns Wacki Saki, a sock-weight, faux-Fair Isle, space-dyed yarn, is so soft that it’s perfect for a baby sweater. I designed this pattern at a looser gauge than one would think was okay to do with sock-weight yarn, but it works perfectly. Yesterday, I shared a sock pattern with you and the day before, I showed you how Wacki Saki works up at different gauges. Let’s jump right into the pattern. 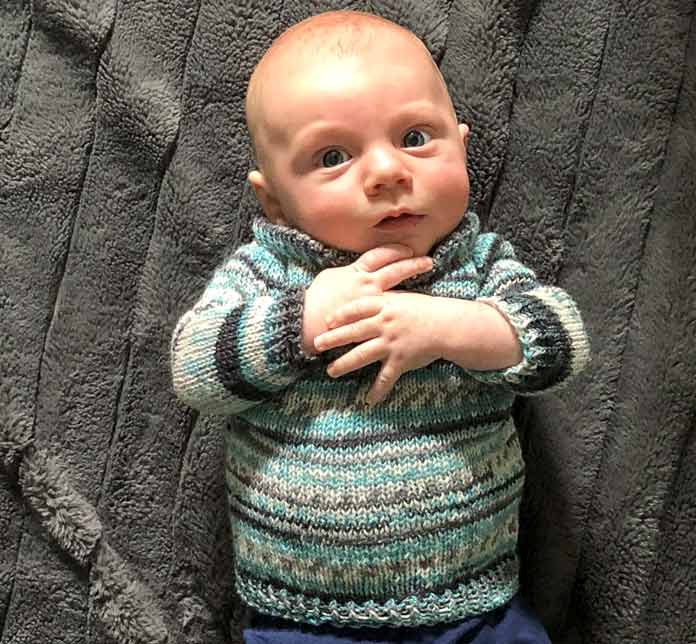 This is the 6-month size of the top-down Wacki Saki sweater.

Little Mason is modeling this faux-Fair Isle top-down sweater knit out of less than ⅔ a ball of Wacki Saki in the Absurd Aqua colorway. One full ball should be enough to finish the larger of the three sizes.

Instructions given for smallest size, instructions for other sizes given in ( ) if different. 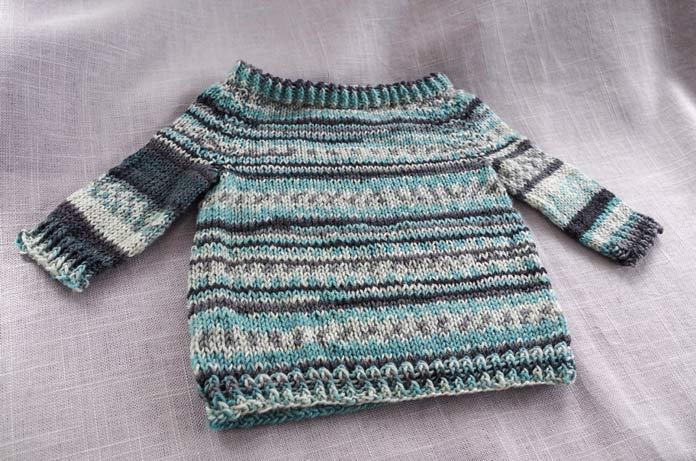 The change in circumference between the body and the sleeves makes for a change in stripe width and placement of the space-dyed dots. Even though the sleeves are only fraternal twins, the whole sweater is very charming.

Cast on 86 sts, and, ensuring not to twist stitches, join to knit in the round.

Rnd 5 and every odd round: knit.

Sizes 6mo and 9mo only 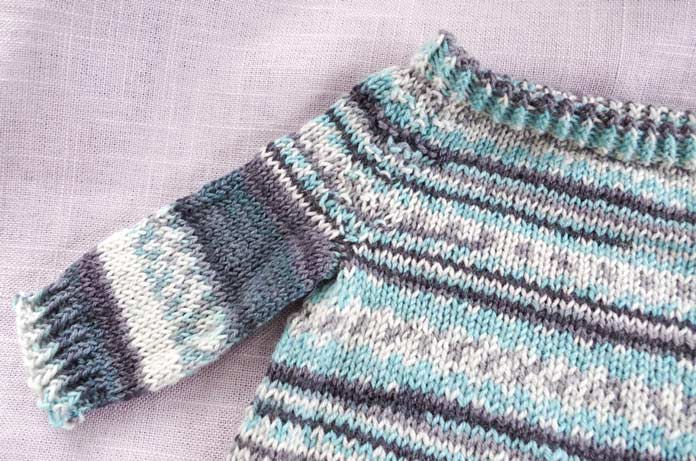 I added a little textural change along the fake raglan sleeves, but I don’t find that they are really all that helpful for the design so I’ve left them out. You can add any double moss stitch pattern 2 or 3 sts before and after each marker if you’d like. 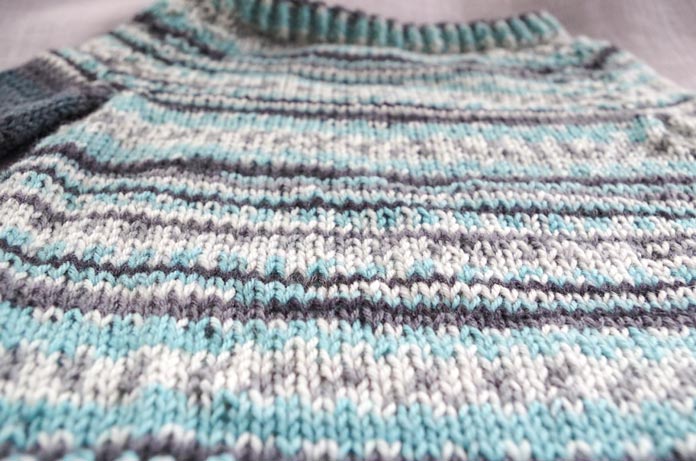 I just love how the space-dyed colors in Wacki Sakiwork into stripes and speckled sections.

Work Ribbing as for body. Bind off loosely. Rep for other sleeve. Weave in all ends.

If you look closely at the neckline and the bottom body ribbing, you’ll notice a difference. I’ll explain how I rolled the neckline edging tomorrow, join me!

This is part 4 of 5 in this series.
Go back to part 3: German Short Rows make socks look great!

6 patterns are very soft knit up...