The Templetop Cowl is another free pattern written for Amphora yarn. If you have read any writing from me before, you know there’s nothing I love more than colorwork. There are some who can’t abide it, but I have never had this problem. It’s almost like a cathartic meditation for me.

This is very different from my feelings about cables I explained in yesterday’s post. Did you see how I adjusted the pattern to make the matching scarf for the Victory Hat (another free pattern from Universal Yarn written for Amphora, btw)?! 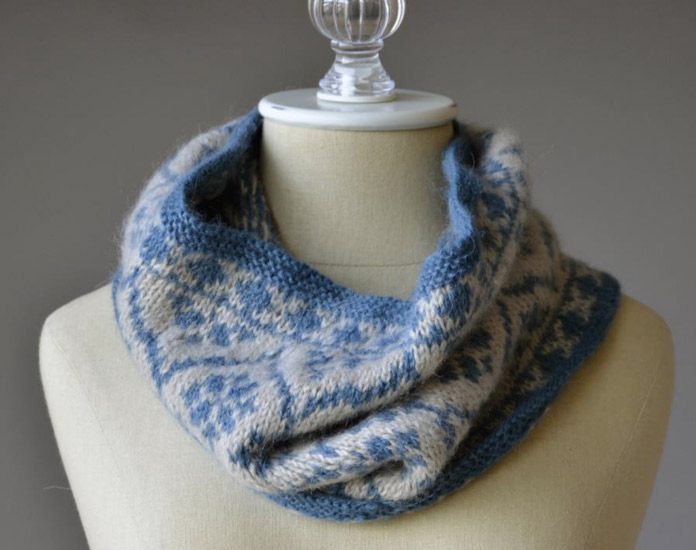 The finished product from the Templetop Cowl pattern. In the colors Caspian and Lunar.

I love the simplicity of the Templetop Cowl pattern. It’s knit in the round so there are no provisional cast on’s or Kitchener stitching at the end. Straight up cast on in the round, knit a garter stitch boarder, and start the colorwork. Elegant and simple.

I laughed a little bit because yesterday we talked about the Victory Hat and I mentioned that there wasn’t a chart, the very next pattern I picked just happened to have one! Although in colorwork the chart is kind of non-negotiable.

My favorite part about any colorwork pattern is the ability to make it your own. You can make it whatever colors you like. Pick a dark and a light, a bright and a neutral, black and white if you want! It’s all up to you and the colors you choose will make this garment truly your own. 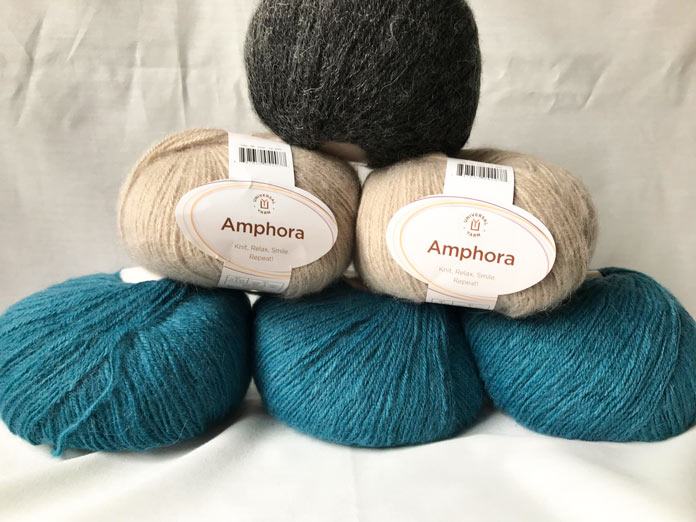 Amphora colors, from the bottom up, Caspian, Lunar, and Ebony

I would also like to put out there the idea of a hat combination to go with this cowl. If you find a plain hat pattern for this yarn weight, you can follow the instructions and put a stripe of the colorwork pattern through the middle. I would suggest knitting rows 20-40 as part of the hat. Then you don’t have to worry about adjusting the colorwork for the decrease around the crown. It would add just a little bit of flair to an otherwise plain pattern.

Amphora yarn was made for colorwork. This yarn has several color combinations that go together nicely and the yarn itself has a halo but not a lot of texture. This means if you wanted to do some more intricate colorwork, like a picture, the yarn would soften some of the edges to your picture and you wouldn’t get an overly pixelated look. 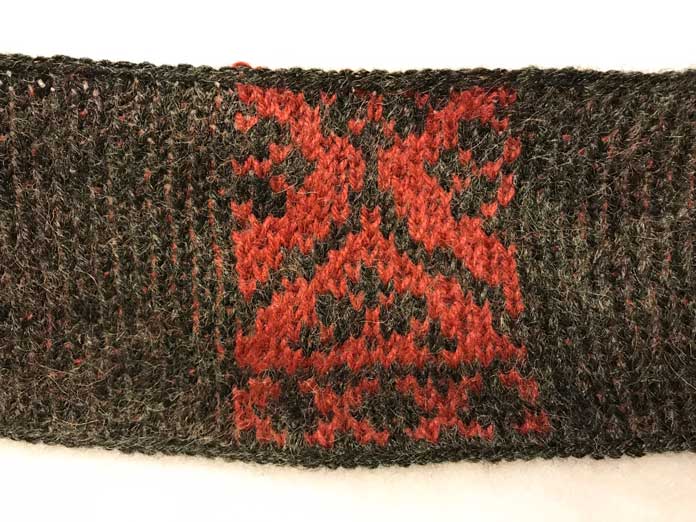 The pattern for the Templetop Cowl in the colors Oxblood and Ebony. The darker color contrasts are very eye catching.

I’m definitely going to be knitting up a version of the Templetop Cowl, but perhaps I’ll change out my color A. If I start knitting with Amphora in Blue Shadow, then change to Dusky after a couple inches, then change to another color, it would create a really interesting effect. I think colorwork with color changes are the neatest looking garments.

This is part 3 of 5 in this series.
Go back to part 2: Knit the Victory Hat pattern and modify it for a matching scarf

Finding an alternative to acrylic yarn for...

3 stitches knit up the honeycomb stitch