Yesterday we explored the qualities and project possibilities of Red Heart’s Reflective yarn. Today, we’re going to work toward our project of a knitted trick-or-treat bag knitted from the bottom up.

My demonstrations are going to be done with a plain yarn, because the project begins with a flat circle made with black yarn which would be too hard for you to see.

We begin with three ways to cast on for knitting a flat piece of knitting from the center. Principles of Knitting gives no fewer than nine different ways to cast on for a piece of knitting worked from the center out, and that doesn’t include casting on stitches as for straight knitting, then dividing them onto double pointed needles, and working in the round!

The challenge with making a circle from the center out is that you usually begin with only 6-8 stitches, which historically has meant 3-4 double pointed needles to juggle with two stitches on each.

The first circular cast on I learned was the Emily Ocker cast on. It was featured in Elizabeth Zimmermann’s Knitting Workshop published in 1981. This cast on involves the use of a crochet hook. The following narrated video is about 8 minutes long. The first half is the actual cast on, and the second half shows knitting the first round.

Emily Ocker cast on and knit first round on Vimeo

The video below is about 9 minutes long; again the first 4 minutes are the actual cast on, and the remainder is knitting the first round. 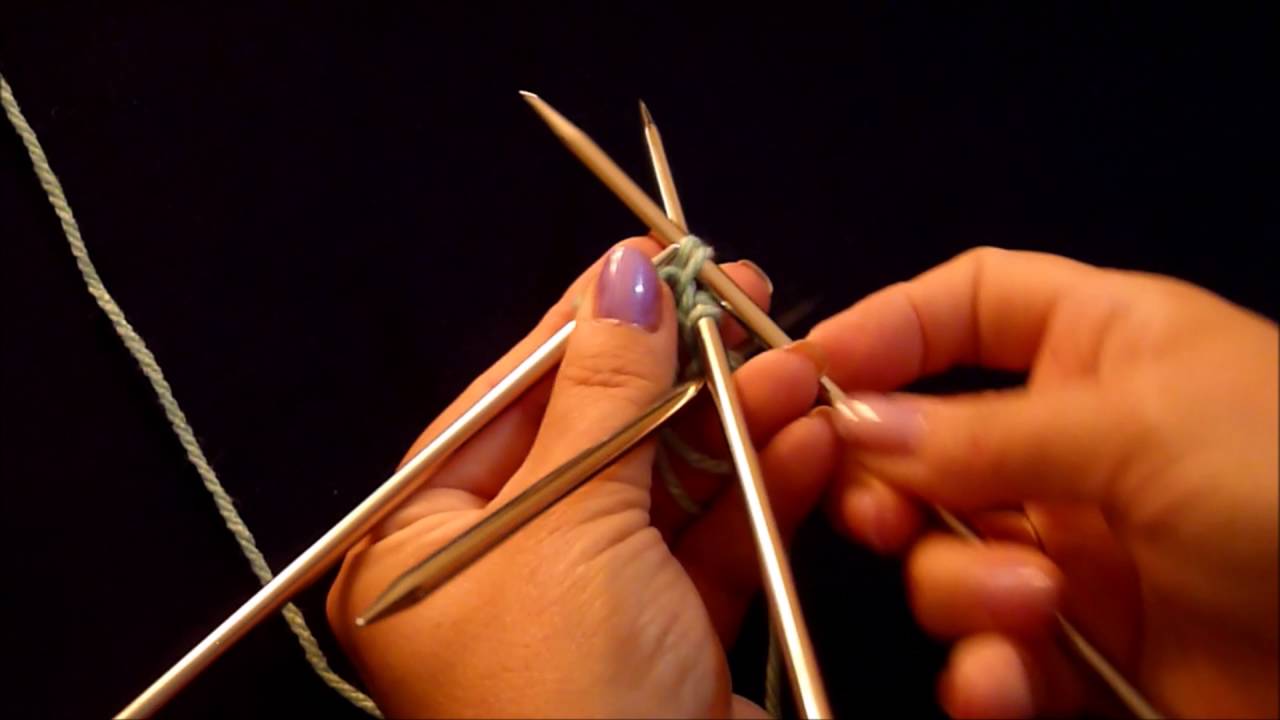 Blogger Cynthia MacDougall shows how to do an awesome cast on for working a circle from the center out.

Our third cast on is called the belly button cast on. It’s a waste yarn cast on that starts with a 3 or 4 stitch I-cord. This video is a whopping 18 minutes long, but don’t let that stop you from trying this cast on.

There are three main segments to the video. The first three minutes is devoted to making the I-cord portion which is made out of waste yarn. At 3:15, I show you how to add your project yarn and make the first two rounds of the circle. To see how to remove the waste yarn and close the center of your circle, fast forward to 7 minutes.

This video has numerous tips along the way — I-cord basics, how to tell if your needles have become twisted, and even pointers for weaving in ends on your project. You may want to watch the whole thing!

Because any cast on leaves a yarn end that has to be woven in, sometimes I’ll cast on stitches as I would for straight knitting, work back (a wrong side row), and then split the stitches onto multiple needles for working in the round on the next (right side) row. I would likely do this is for a project that will be felted. However, if I’m making a project such as a fancy shawl, where I want the center to have a professional finish, I use one of the three cast ons we covered today.

Tomorrow we’re going to look at three ways to shape a circle knitted flat from the center out — one of them will form the bottom of our trick or treat bag.

This is part 2 of 5 in this series.
Go back to part 1:  Featured yarn: Red Heart Reflective

Be Hallowe’en ready with our knitted trick-or-treat...