6 patterns are very soft knit up in Toy Box yarn

When a new yarn comes along, like Premier Yarns Toy Box, there hasn’t necessarily been enough time for the yarn producers to make a whole lot of patterns. In addition, with sites like Ravelry.com and YarnSub.com now widely known, yarn producers distribute the yarn with the understanding that there are many patterns that would work equally well for the new yarn. 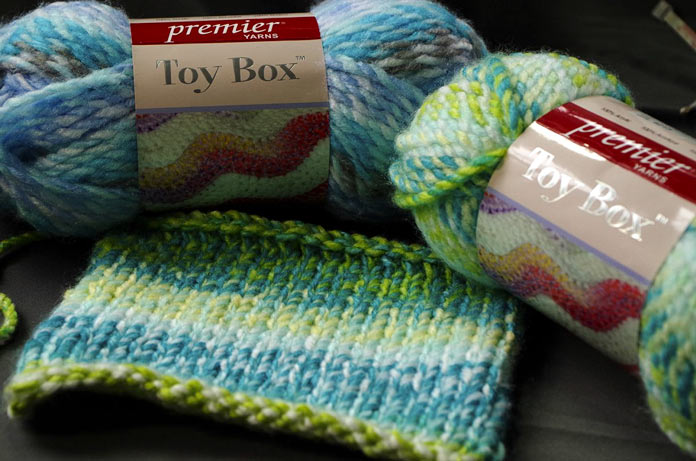 Toy Box in Hula Hoop (on the left) and Wiffle Ball (on the right) is a soft, washable, chunky-weight yarn that is perfect for lots of kids’ projects.

Below are some free patterns which I found which would look smashing knit up in Toy Box yarn. Some are listed as worsted weight, however, it could mean that either these were worked on larger needles and get the same gauge as you would with a bulky yarn, or because Toy Box is so squishy, it could be knit on smaller needles to achieve a tighter gauge. 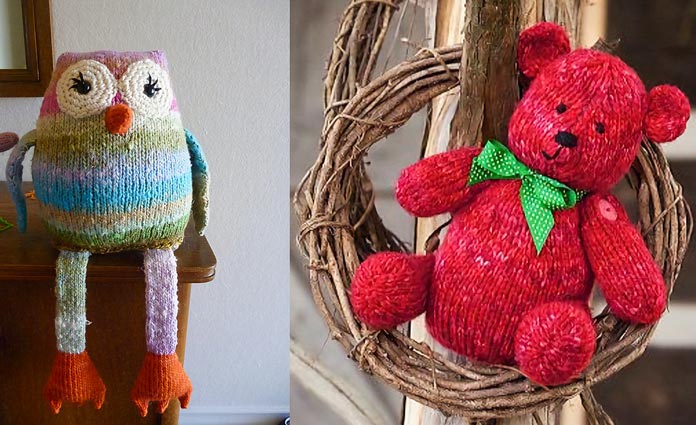 These 2 fun toys lend themselves to being worked up in a self-striping chunky weight yarn like Toy Box.

The first is Lucy’s Owl, a cute amigurumi figure that is knit in a different self-striping chunky, but would look great in any of the Toy Box colors.

The second stuffed toy is Ruby Bear, obviously christened with the name of the color she is knit in. But any of the Toy Box colorways would make a charming bear that you could name as you wish.

Judging by the swatch in the first photo, Toy Box yarn would offer a soft and colorful striping on these toys.

This Baby Fan Blanket is a fast knit in bulky self-striping and marled yarn. 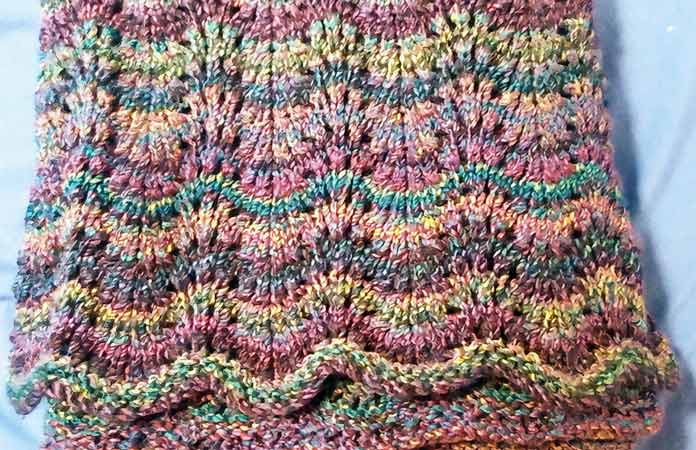 The classic feather and fan blanket looks great in a marled self-striping yarn. Using Toy Box colors, you’ll have a sweet and soft baby blanket perfect for the next newborn in your circle of family and friends.

It was a lot of fun to look for little one’s garments knit in a bulky yarn that would look super in Toy Box. This little vest by Marianna Mel would look great in any colorway.

This other top-down, sleeveless, vest would probably use only 2 balls of Toy Box, and would be great wardrobe classic that would last through several growth spurts. You could lengthen it as necessary with a few more rows every few months. 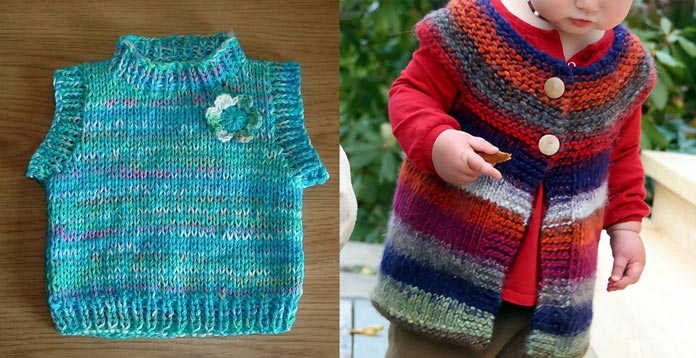 The last pattern is for these mittens. This is my go-to mitten pattern because the designer, Tin Can Knits, has made an ingenious pattern that works up in any thickness of yarn and any gauge. 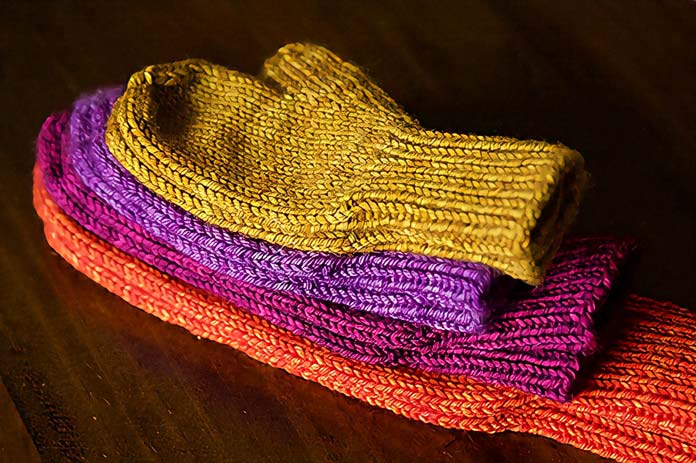 Tin Can Knits’ famous any gauge any yarn mittens would be a perfect application for Toy Box.

Join me tomorrow when I’ll share my pattern for slippers, and on Friday when we’ll look at a little top-down pull-over sweater for wee ones using Premier Yarns Toy Box.

This is part 3 of 5 in this series.
Go back to part 2: Using a swatch to practice weaving in ends with a crochet hook

Knitting a poinsettia for the Double Braid...

5 benefits of knitting with Bamboo Pop...