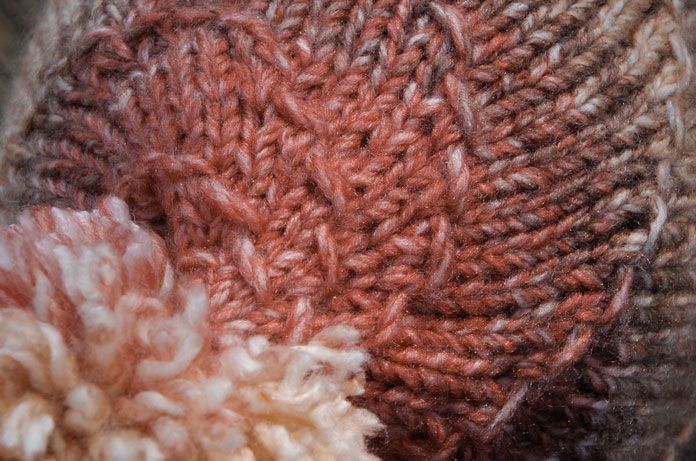 Put a spin on a traditional beanie or toque with Major yarn and textured decreases.

This beanie is knit from the bottom up. Major is the perfect yarn for this because it creates gradient stripes in decently wide swaths.  At least that is perfect for me: I like substantial stripes in a hat. Rather than just knit the crown in plain stockinette, I thought I’d add a textured stitch. 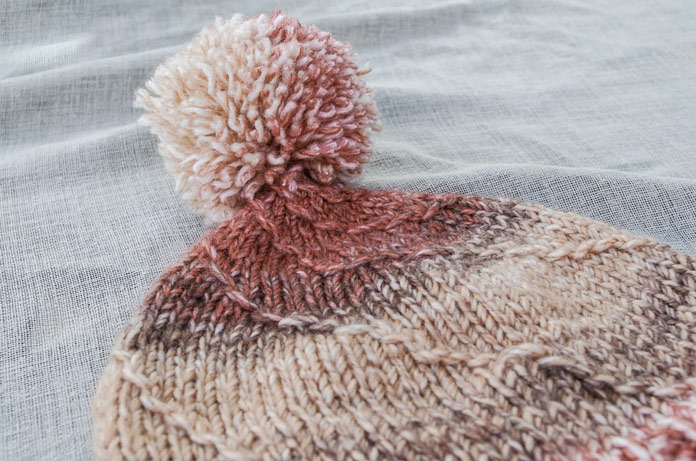 This is partially so that I don’t get too bored when I’m knitting. I’m not one to enjoy knitting plain rounds for thousands of stitches — I need something to look forward to, something to count. So that’s why I added these capped stitches to create the texture. As I was knitting, I noticed by the second round that this texture would lend itself to a spiral look, and it could be made without causing a loss of stitches or it could be used as a decrease itself. 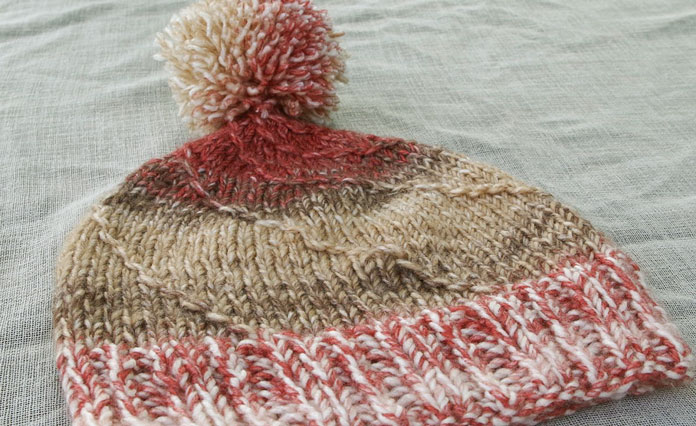 This colorway for this hat is called Russet. I really like the way these warm earth tones blend from light to dark and back again.

To make this stitch without decreasing,

I’m calling this capped stitches (csts) because it’s not a bind off, nor is it a tuck stitch, nor even a wrapped stitch.

To make this stitch with a decrease, do the following:

Slip 1 purlwise, knit 2, pass slipped stitch over first 2 loops on the right-hand needle. I’m calling this capped stitch decrease (cstdec). By leaving out a yarn-over, you actually lose 1 stitch each time you work a pair of capped stitches, as if it were a SKP (slip 1, knit 1, pass slipped st over) decrease. 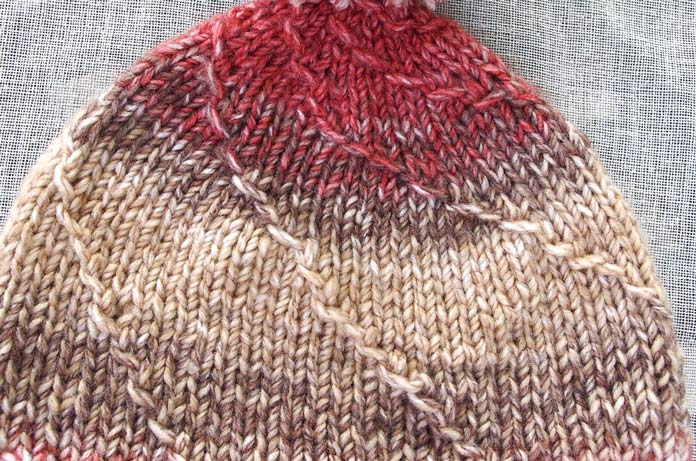 Capped stitches with or without decreasing create a lovely spiral effect when used while knitting in the round.

Cast on 60 sts, join to knit in the round, being careful not to twist.

Rnd 2 (and all subsequent even rounds): Knit around.

Rep Rnds 7 & 8 until the capped stitches straddle the stitch before and after the marker, remove marker for this round, then and continue in pattern as established until beanie from cast-on edge measures 6″ [15cm]. You may return the marker to its place to indicate the beginning of the round.

Rnd 2 (and all subsequent even rounds): Knit.

Thread the yarn onto a large-eyed yarn needle and insert the needle through all the stitches and cinch the top of the beanie closed. Then weave in all ends.

Join me tomorrow, I’ll show you some different options for finishing this beanie pattern. 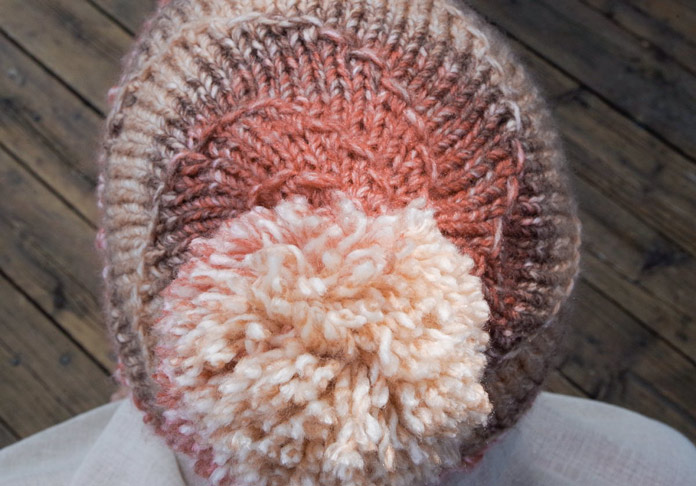 Put a spin on a traditional beanie or toque using Major yarn and these witty textured decreases – Free pattern you’e going to LOVE!

This is part 4 of 5 in this series.
Go back to part 3: 4 free patterns to knit with Major yarn

Go to part 5: A knitted beanie is enhanced by twisting stitches in the ribbing

A knitted beanie is enhanced by twisting stitches in the ribbing

The magical qualities of Nymph make for some great...

Not knit nupps nor knots: buds are the alternative...

Oodles of noodles with crisscrossed ribbing in Bella Chenille...

will this pattern be published on craftsy or ravelry in the future?

At the moment, any page on Knitmuch.com can be converted to a PDF directly from the link at the bottom of the page. Eventually, there will be a PDF download on Ravelry.com. Thanks for your inquiry.