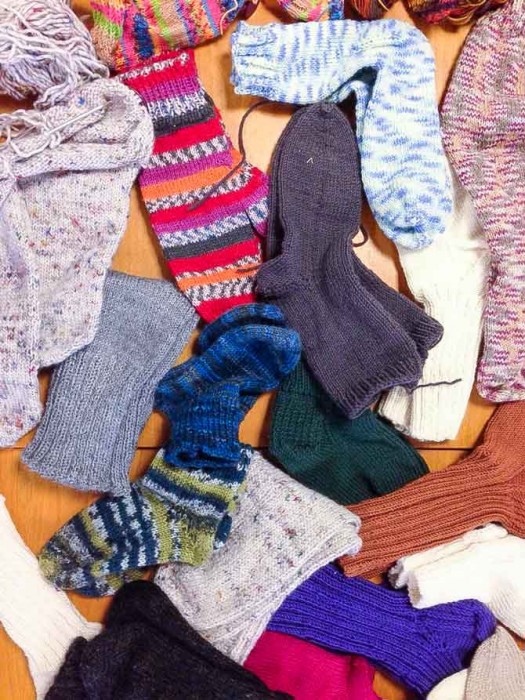 Awesome socks knit up with circular needles by the participants of the class.

To my delight, Week 4 was a resounding success. Not only did the group finish the first pair of socks, they had started and even finished a second pair! And now they were wanting more circular needles, to be able to have than one project on the go. And wool, they wanted more wool.

But I had cleaned out the wool stores around town of their 3mm 80 cm circular needles. And some participants had used my needles, metal tips, 100cm long, with exchangeable cables and they loved them. (Anything is better than those rigid plastic cables!). They had also seen my « kit « with different sizes of interchangeable needles and were now starting to appreciate the ease of knitting with circular needles. They no longer wanted 3mm, the wanted the kits.

So from novice knitting teacher, I had become the purveyor of circular needle kits and loads of wool. I made not a cent from reselling these items: I was thrilled that my tools had been adopted by this group of 10 adventurous ladies.

But an even bigger surprise was that the word had gotten around that knitting with circular needles was not bad after all. Our picture again found its way on the newspaper La Vallee, and more calls came with
requests to teach the same class in other communities. The president of the 5 libraries in Valpellina called, the librarian in Gignod did as well, and the network of librarians sure was busy. 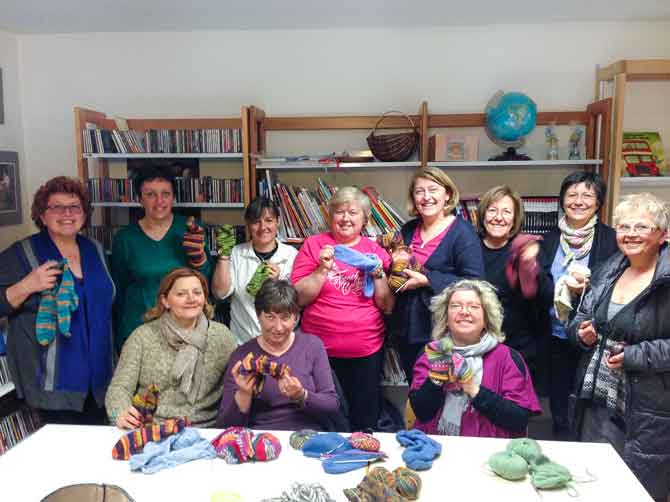 The adventurous ladies of Valpellina.

The first group of circular needles rebels, in St-Pierre, Aosta. 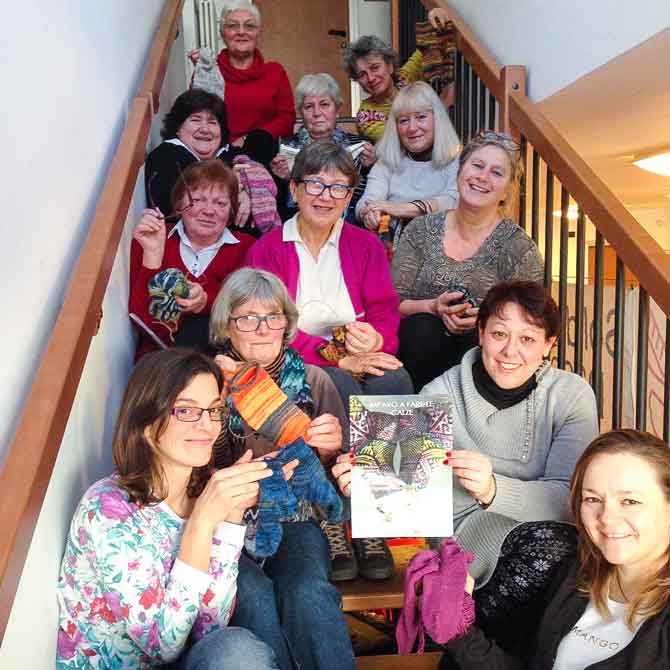 The first rebels of the circular needles revolution, in St-Pierre, Aosta. 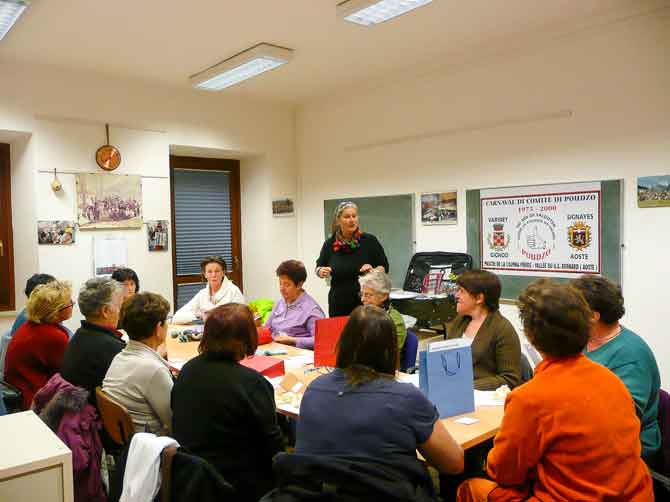 Ladies in Gignod, wondering how you can knit with “that”? 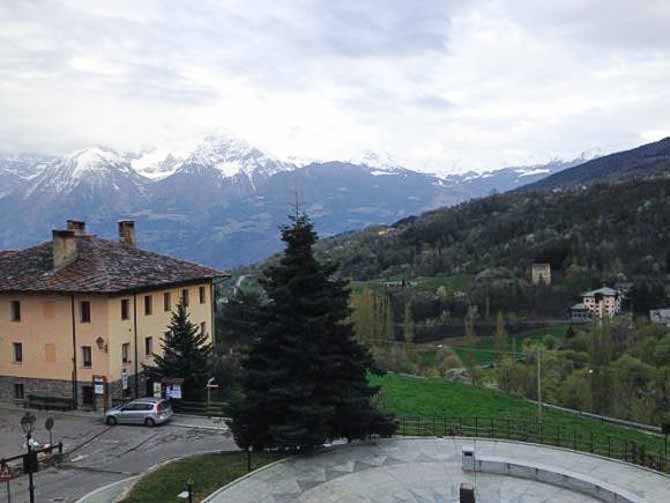 View from the classroom in Gignod.

By the end of March, I was indeed teaching every night, driving from one end of the province to the other, making all students sweat and question my sanity. The initial group ended up asking for additional classes, and my last class with that group ended, as befitting any Italian activity, at the local Pizzeria, on May 25, 5 days before I left Italy for Canada.

In all I had taught 8 courses in 4 different communities. Everyone swore by circular needle knitting, and no one was going to knit a single sock at a time ever again.

I have outstanding requests from communities to teach in 2016 when I go back for the winter. Today, I get emails asking when I am due back, whether we will be doing stranded knitting
socks, or other projects and to bring more sets of circular needles….and that’s how one starts a revolution! 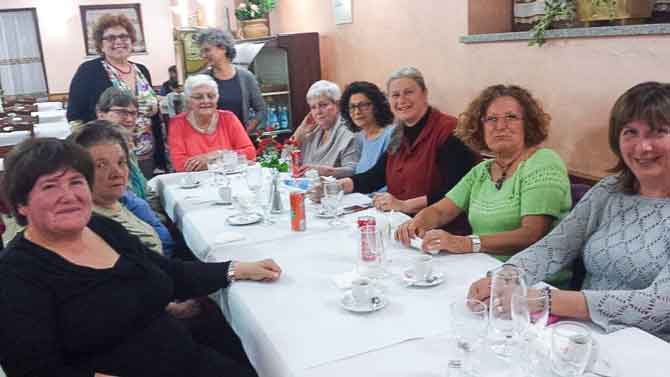 A just reward for everyone, waiting for the pizza!

Knitting with cables – easier than it seems!

Would you bind off in the middle...