Home » Knitting Patterns and Tutorials » The anatomy of a pompom

The anatomy of a pompom

The Road to Success Chic Hat we talked about yesterday happens to have a pompom on the top. There are several different ways to make a pompom and a couple different trains of thought about them. As a cat-mom, I usually forgo pompoms on my knitting, because they’re just too tempting for little feline instincts to pass over, but occasionally I make a whole bunch for my kitties to play with. 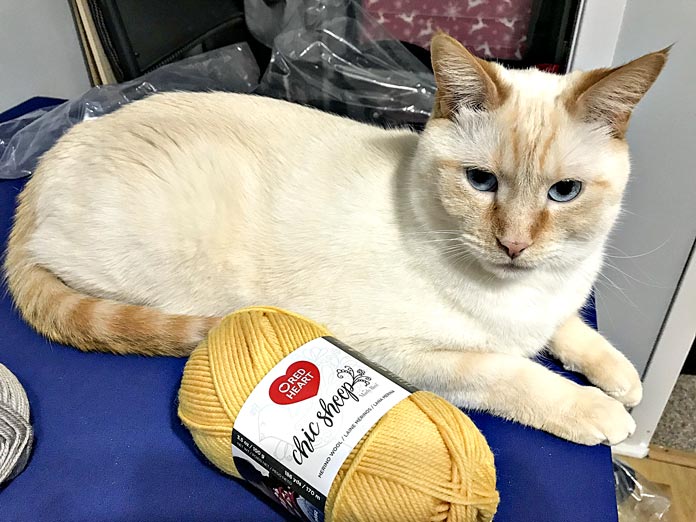 He doesn’t look like he is jonesing for a pompom does he?

The first and easiest way to make pompoms is with a pompom maker. You can buy these from your local big box craft store, they usually come in a pack with a couple different sizes. There are a few different styles, but I like the ones pictured below. You can open them up to thoroughly wrap the yarn around for a really fluffy pompom. 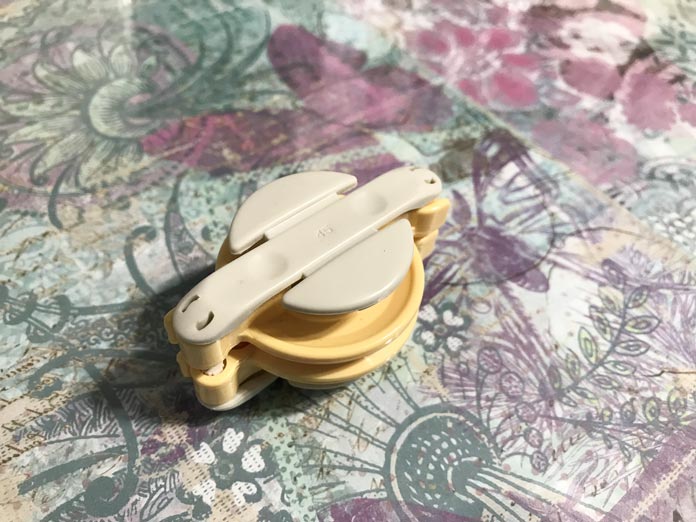 This innocuous looking device is a pompom maker.

There are some that look like two circles you wrap the yarn around, then cut between them, and pull the circles off. The best part about this method is, if you’re in need of a pompom and the craft store is closed, you can always make two circles from cardboard and DIY. 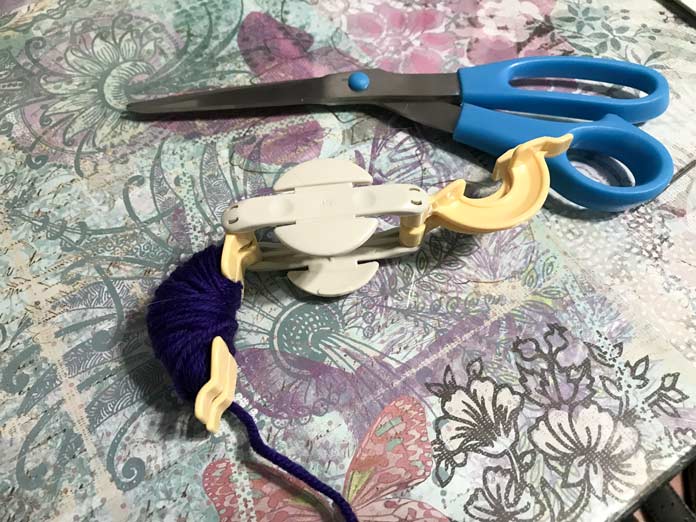 One side all wrapped and ready to go, the other side is next, then a cut down the middle.

One of the most important parts of your pompom is to tie the yarn around the middle very securely. If it’s too loose then your pompom will fall apart in a million small threads. It’s not the best when you’re making it for tiny ferocious felines who are going to be pulling at it with their little teeth. I’ll usually use a smaller yarn size than the type my pompom is made from. This will ensure you get a very solid knot. I’ll also leave these ends long if you’re looking to secure it to something, like the top of a hat. 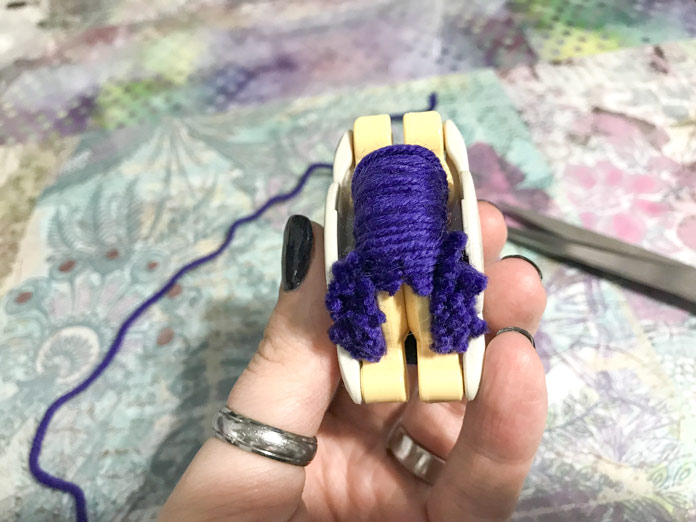 Snip, snip, snip. To avoid pulling your yarn in strange ways, only use the tips of your scissors to make small precise cuts to the pompom in progress.

Pompoms are tons of fun to make and can add a little bit of whimsey to a garment. The Road to Success Chic Hat knit with Chic Sheep is already a sharp looking hat, but the pompom gives it a little something extra. It could also double to cover the seam at the top of the hat if it wasn’t finished neatly. 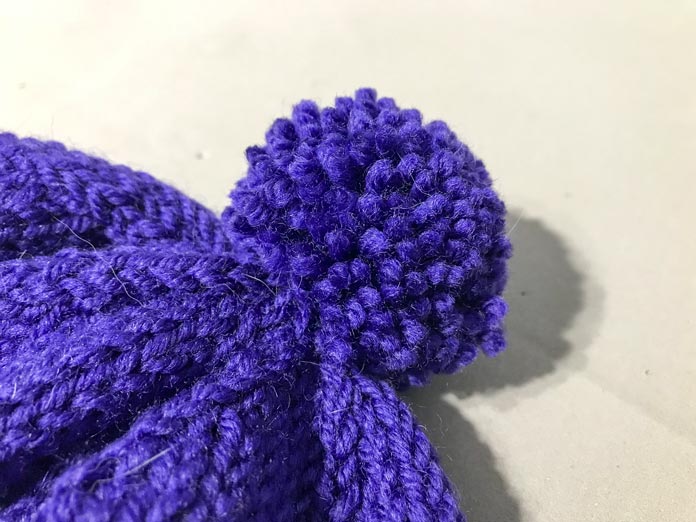 I roll the pompom around in my hands and give it a little haircut if there are any very long strands that need to be trimmed.

This is part 5 of 5 in this series.
Go back to part 4: Knitting the Road to Success Chic Hat

Bamboo Pop Dots, the benefits of rayon in summer yarns

The knitty-gritty of Irresistible yarn