What knitting projects are ideal for Unforgettable Waves yarn

When I received Red Heart’s Unforgettable Waves in the mail, I immediately looked up pattern support for it. I wanted to make the Multi-Wear cowl, but it takes four balls of yarn. I absolutely loved this cowl and think it is a really excellent use of this yarn, so I made a matching hat using a the Twilight Knitted Hat pattern I wrote up on October 15, 2015. 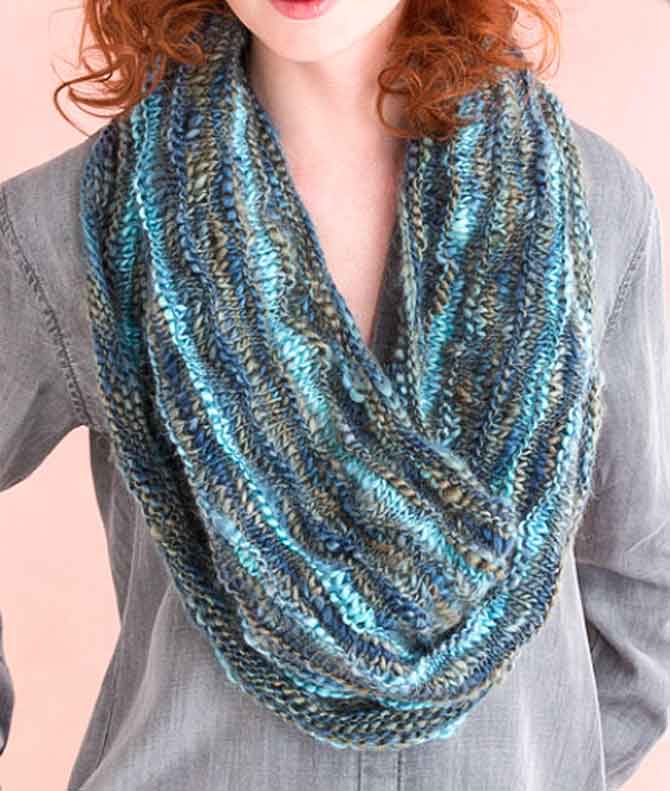 The Multi-Wear Cowl! I love this pattern!

While the cowl takes four balls of yarn, the hat is only one, two if you want to make it really slouchy. The hat is also a great way to test out the yarn, I remember the first time I ever saw thick and thin yarn, I was really not sure how it would turn out or if I would like it. The yarn I saw back then was also presented differently so it looked messy. Unforgettable Waves is in a ball and looks all neat and tidy. I don’t think I would have been as put off my thick and thin yarn had I seen this one first. Start with one or two balls to make a hat, but keep in mind a matching cowl would look really good, and plan your yarn purchase with that in mind. If worst comes to worst, you can make a few hats to add your finished “gift stash” (I explained gift stashing in my February 17, 2016 blog post). 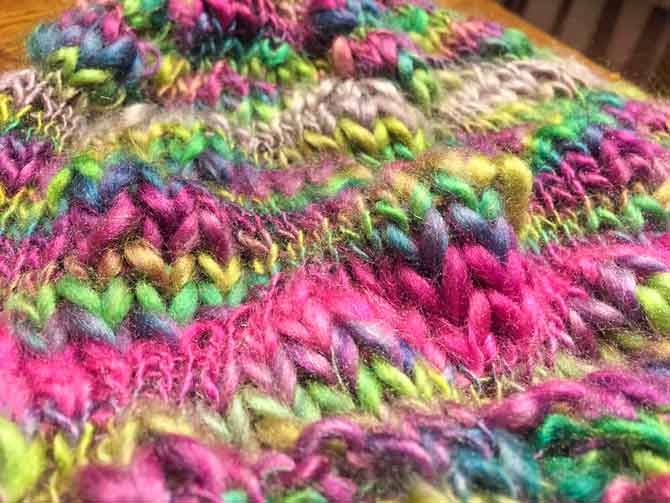 You can really see the ‘waves’ in Unforgettable Waves in the texture of this hat.

Knitting with Unforgettable Waves was just like any other thick and thin yarn: my brain had a little freak out anytime it came to thin places. I obviously got used to that, or else this would have been a very stressful knit. The change is actually very gradual so you don’t notice it as much as you would think. It’s not like you’re working with super thick yarn then all of the sudden you have tiny cobweb yarn. This yarn is actually more consistent than other thick and thin yarns I’ve worked with because the gradual changes happen evenly the whole way through. If you’ve ever tried spinning you’ll know how difficult this is to get consistently even changes in the thickness of the yarn. I would unintentionally make thick and thin yarn that was quite uneven. 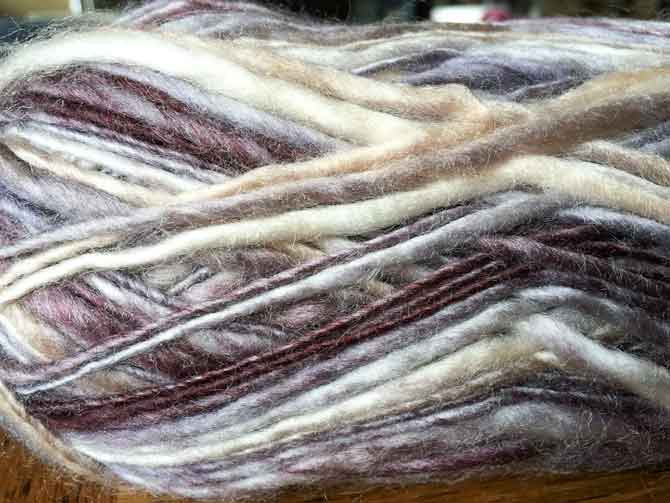 You can really see the thick and thin of the yarn when it’s in the ball like this.

I think because of the texture and the color patterning, I would not use Unforgettable Waves to do a super complex stitch pattern. There’s already enough going on with the yarn that you can get away with a very simple pattern. I imagine a knit poncho because I tried to make one in seed stitch when I first started knitting and it did not go well. I wished I could have made it in plain garter stitch, but that wasn’t a look I was going for. I can’t help but think Unforgettable Waves yarn would be perfect for that pattern. 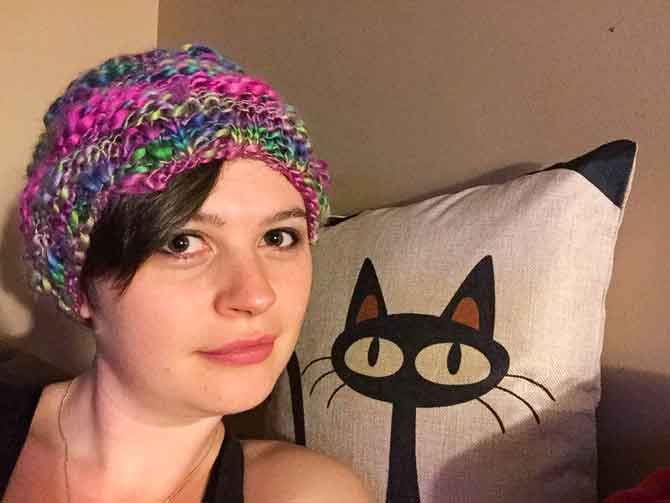 Good luck with all your summer knitting and I hope you give Unforgettable Waves a try. It’s really interesting and the perfect starting place if you’re interested in art yarns. Before trying out something really difficult to knit with, I recommend that you let the color and texture of this yarn take you on a ride.

This is part 4 of 5 in this series.
Go back to part 3:  The thick and thin of knitting with Unforgettable Waves yarn

The thick and thin of knitting with Unforgettable Waves yarn

How to knit with self-striping yarn