How to do effortless Fair Isle knitting

Yesterday I talked about the Mittens for All pattern, today I’m going over a new yarn you could use for that pattern. Red Hearts Super Saver yarn now comes in Fair Isle. I know that sentence doesn’t look like it makes sense after all Fair Isle is a technique, not a yarn. Red Heart has made it into a yarn, so you can knit Fair Isle without the effort. 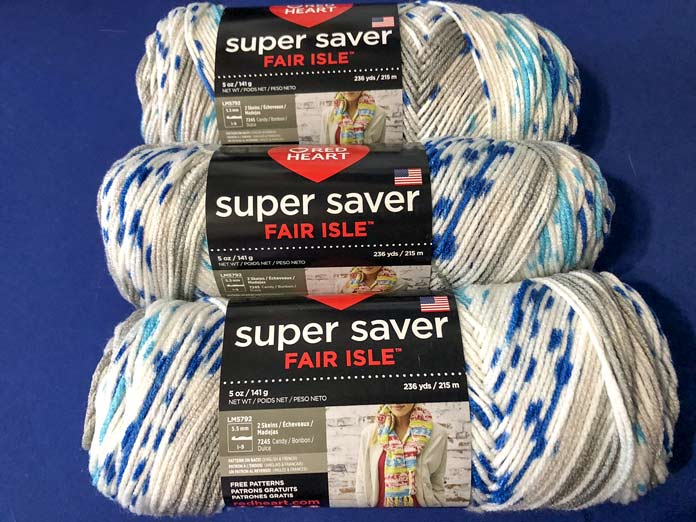 Before we get into the yarn itself, let’s talk about what Fair Isle knitting actually is. When you’re thinking about Fair Isle, usually the Lopi Icelandic sweaters. This is a good representation of the Fair Isle technique: two-color stranded knitting to form a pattern.

The pattern can be anything you like, but generally, it’s a colorful design that repeats. Seen commonly around the yoke of sweaters, but incorporated into many different garments from shawls, mittens, blankets, hats, leg warmers, and just about anything you’re able to knit. 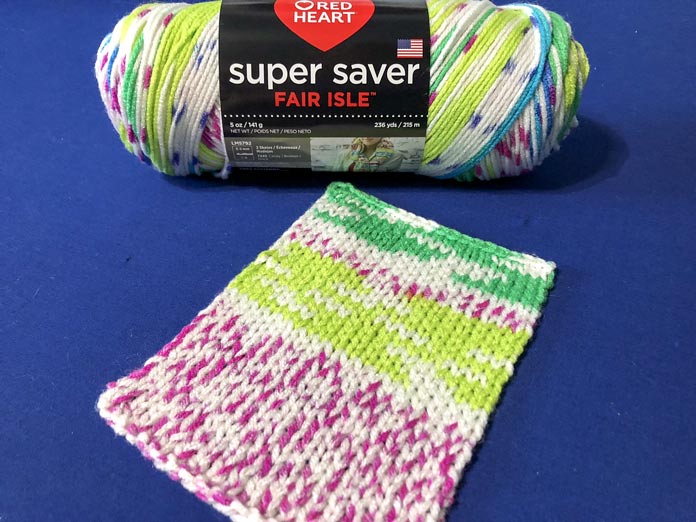 The color Parrott Fair Isle is bright and beautiful when knit up.

Now you may ask, how has Red Heart made a yarn that does this for you? Surely it’s too complicated! Fear not my good friends because they’ve found a way.

Super Saver Fair Isle has been dyed so your gauge will make the pattern for you. That’s right, you just knit and the yarn makes the pattern. We’ve seen this before with the self-striping yarns, but it’s much more difficult to produce a yarn that will make a pattern with your gauge since everyone’s gauge is a bit different. I really enjoy the way Red Heart put this yarn together because you don’t have to swatch really intensely to find the perfect gauge.

I was a little concerned because let’s be honest, no one actually likes to swatch, and if you have to swatch to get this yarn to work, it might have been hard to get your average knitter on board. Red Heart side-stepped that problem with something I’ll call ‘artful-pooling’. When you knit with Super Saver Fair Isle, the pattern emerges no matter what your gauge is because the pattern isn’t something like perfectly concentric swirling circles. It’s a randomized pattern that still forms a cohesive image. 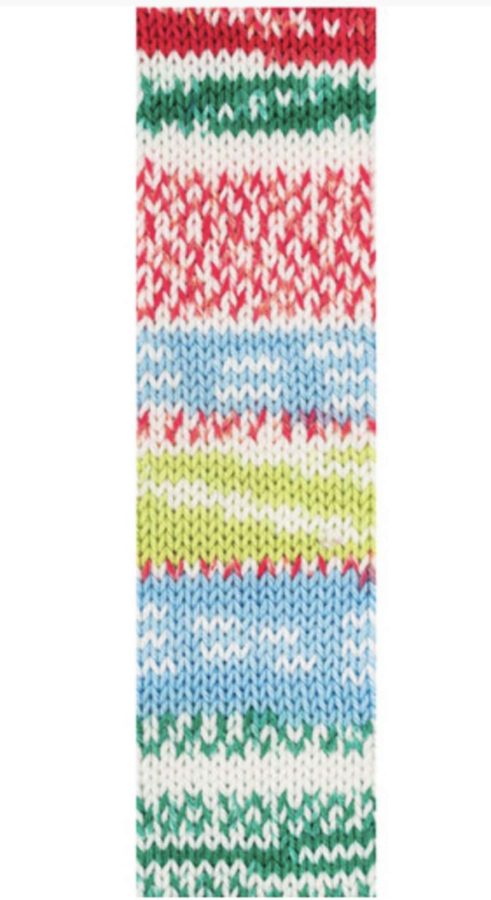 A swatch of what the color Winter looks like when a full pattern repeat is knit.

I love that they put up photos of how the finished pattern would turn out. It isn’t something you would expect from just looking at the yarn when it’s all balled up. The pattern would just happen as you knit it. If you want to see the yarn in action, check out this YouTube video of Marly Bird’s tutorial on how to knit a faux Fair Isle scarf!

Join me tomorrow, as I look at making scarves and cowls using Red Heart Super Saver Fair Isle, Flecked and Stripes. Which one will appeal to you most? 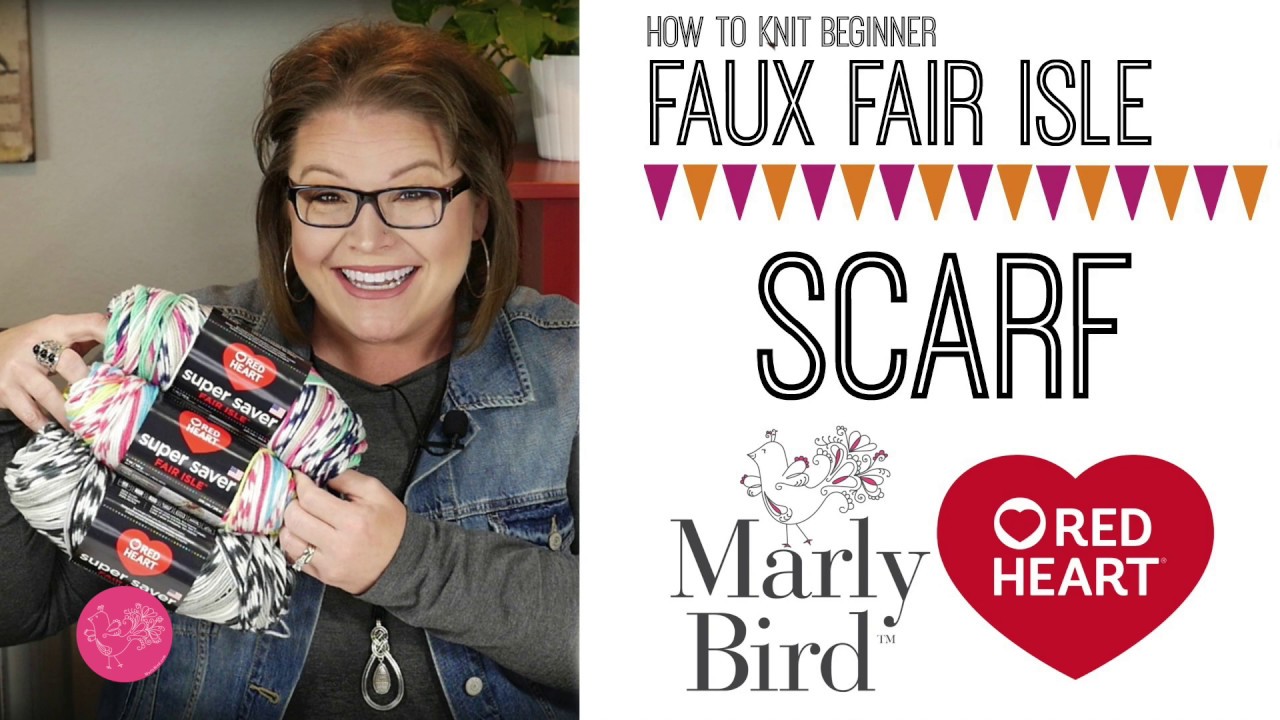 This is part 3 of 5 in this series.
Go back to part 2: The one mitten pattern you’ll ever need

The one mitten pattern you’ll ever need

4 tips for spring cleaning with Scrubby...